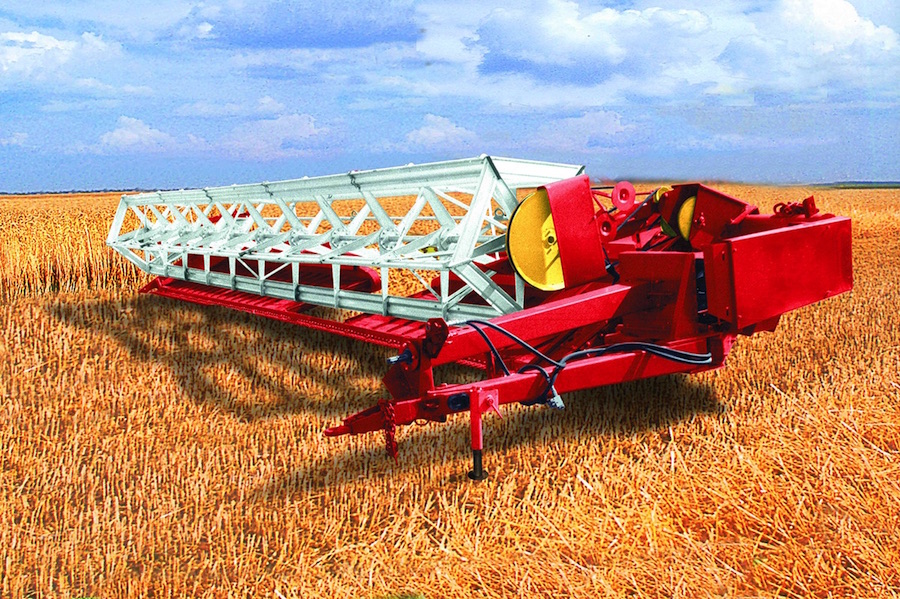 The harvesting of grain crops starts with reaping, so a reaper of a grain harvester is the component which you should first of all take into account during the selection of agricultural machines. This device cuts down the crops and then, in the case of separate processing, moves the resulting mass for further collection in standard rolls or to the thresher.

How do corn reapers for harvesters work?

Modern reapers for grain harvesters are divided into two types:

When the crop is processed by a separate method, a reel and a cutting component are used for its cutting. The price of a reaper of this type is slightly lower, however, the agricultural machine should be additionally equipped by a specialized belt conveyor. During picking up of crops, a pickup is installed, the work is carried out by a slanted crop feed elevator with an auger conveyor.

The cutting node functions as an ordinary pair of scissors. Fingers can be made of steel or cast iron, the material they are made of affects the price of a reaper. The fingers have shear knives attached to them. During operation the knives move in a reciprocating manner, cutting off the stalks by their sharp parts.

The reel sends stalks to the cutting tool, holding them in the process of cutting and then removing everything deep into the platform. During the sale or purchase of a reaper for a grain harvester, one should pay attention to its working principle. It does not necessarily have to cut down the stalks of plants. There are models that can thresh grain without cutting off the stalks. Such devices are called ripplers.

The sale of a reaper for a grain harvester on Foodbay

The Advertisements Board has collected offers for the sale of new and used equipment for processing of grain crops from the best suppliers. Due to the large choice and availability of different models of units for harvesting, each household will be able to find the most appropriate machine. If necessary, you can place your own advertisement and sell unneeded equipment at an optimum price.